Energy-plus building emerges: an update from the construction site

We are now well under way with building the world's most environmentally friendly furniture factory in Magnor in Norway. The Plus has been designed by Danish architecture firm BIG Bjarke Ingels Group and will be proof that green growth is actually possible. The factory will be built in under 12 months, and preparation of the construction site began in September 2020. Several sections of the building are already in place, and you can glimpse the outlines of what will be the biggest investment in the Norwegian furniture industry for several decades. 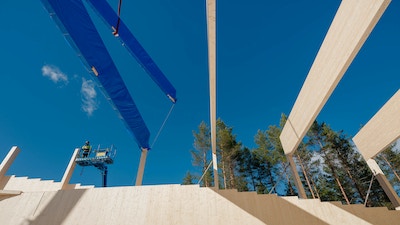 The Plus is probably also the world’s first project of its type to achieve the very highest environmental classification for buildings, BREEAM Outstanding. An Outstanding building is defined as an innovator and an international model project. 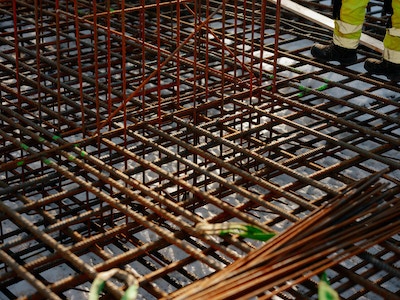 The foundation of The Plus is specially developed to meet the project’s extreme structural requirements. In order to keep emissions down, 100 percent recycled reinforcing steel is used.

The least possible interference with nature
In order to achieve the highest environmental classification in BREEAM, it is important to build with the right materials. The construction process itself is just as important, along with the impact it has on the natural environment surrounding the factory.

Vestre wants to interfere as little as possible with nature, and we are keeping the planted pine forest as close as possible to the building and the pathways as possible. The forest floor is carefully set aside so that the seed bank is preserved – this will be reused for the building’s green roof and in the surrounding areas. In addition, the felled timber will be reused in The Plus as building materials. 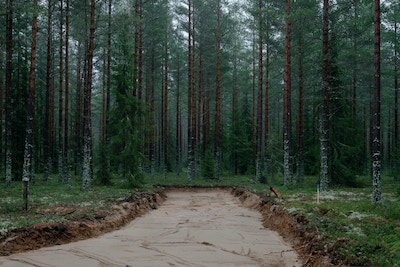 The first walls are up
When you see drawings of the factory from above, you will see that it is in the shape of a plus sign. This is far from coincidental, as The Plus is defined as an energy-plus building. Each of the four wings houses a different production area: Color Factory, Wood Factory, Assembly and Warehouse. Each factory wing faces and is in direct contact with the forest – an architectural strategy to emphasise the message that there does not need to be any clash between the climate and jobs, or between economic growth and biodiversity.

The first wings of the plus sign have now been erected and large structures are being hoisted into place. The glued laminated wood girders have a 24-metre free span, are 1.8 metres high and weigh up to 5 tonnes each. The wooden construction is a collaboration between Woodcon in Brumunddal, Moelven outside Lillehammer and Stora Enso in Värmland – Swedish-Norwegian collaboration at its finest. 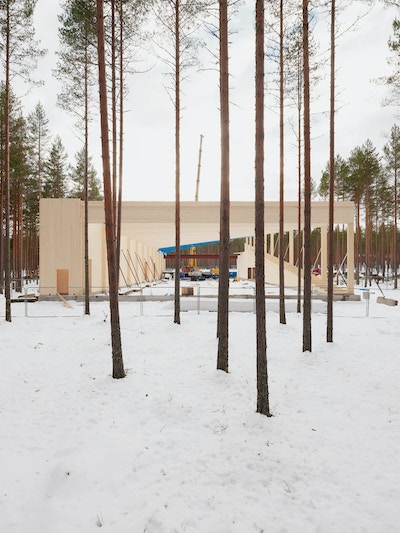 Minus and minus make The Plus
Ø.M. Fjeld is the main contractor on the project, and project manager assistant Edward Aas tells us that around half of the structural framework in glued laminated wood and solid wood has now been completed.

“The building currently looks like a minus sign,” says Aas with a smile. “Through to the summer, the next ‘minus sign’ will be built and the characteristic plus shape will appear,” he adds.

Woodcon has been responsible for supplying and installing the wooden materials for the building. To achieve the curved architecture, they have used impressive new methods:

"We bend 160mm solid wooden boards to achieve the curvature of the roof. As far as we know, this has never been done before, says Magnus Holm Andersen, project manager at Woodcon." 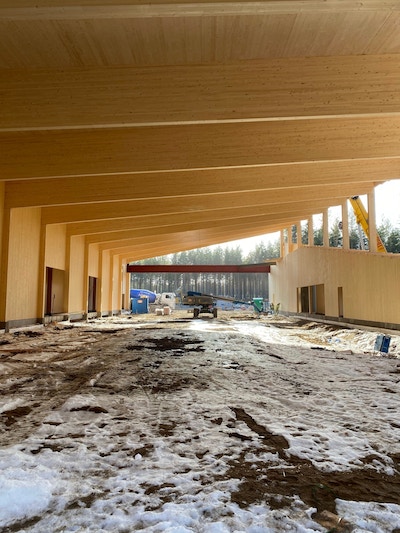 A homage to the freedom to roam
The large staircase extending all the way up to the roof of the factory has already taken shape. Via steps and ramps built according to universal access standards, the roof will be open to visitors all year round once the factory is completed. The sloping roof will enable visitors to walk up the length of the building, while watching the production processes taking place inside. This allows for maximum transparency. The footpaths continue down to the ground on the other side of the roof, where they become forest trails that meander through the woods, forming a colourful route through the park and on to Magnor town centre.

"We hope that hikers will make active use of the park and even pitch their tents close by the factory. The Plus is a homage to the freedom to roam," says Jan Christian Vestre, CEO of Vestre.

Stairs and ramps will make the roof accessible for visitors all year round – they will be able to watch the manufacturing process through the extensive glass windows. 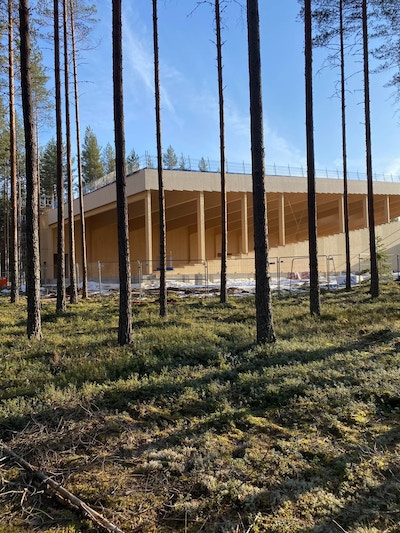 A lot of work is currently being carried out on the roof of The Plus. Electricians are working on hidden cabling for the factory’s lighting, and roofing work is also under way so that the roof on the Color Factory will be sealed by May. In the Color Factory, the products will be painted – and in an even faster and more environmentally friendly way than in the Tesla factory in California. By using technology such as artificial intelligence, we ensure that resources are used optimally. 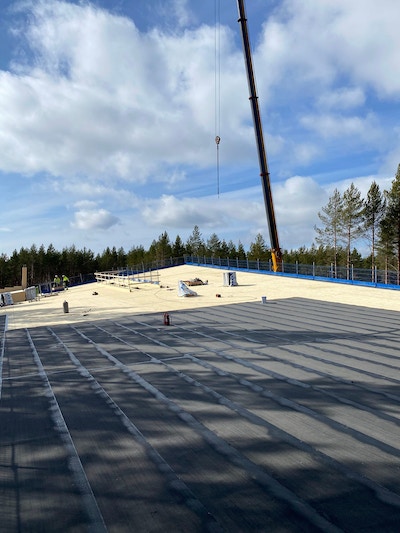 Follow the construction process live
Construction is taking place at an impressive pace, and the goal is for the factory to be completed by the end of the year. In the meantime, you can follow the building process here through live photos from the construction site which are updated every 10 minutes.

We also give regular updates on our Instagram and at www.theplus.no. See you at Magnor!