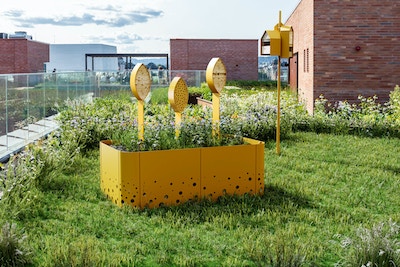 Biodiversity is declining in our cities. According to a UN report, more species than ever before in human history are set to disappear in just a few decades. One million animal and plant species are threatened with extinction, and insect diversity is under threat globally. All this will bring countless negative consequences for everything else that lives and grows on Earth.

However, with the right knowledge, care and protection, biodiversity can be restored, preserved and even increased.

As an urban furniture manufacturer which has always put long-term sustainability first, we believe it is vital to find solutions to reverse the negative consequences. Our contribution is Vestre Habitats - urban furniture that gives wild nature and our cities' smallest inhabitants the time and space they need to establish natural habitats in cities and neighbourhoods, where they can reproduce and complete their entire life cycle.

“Vestre Habitats is our contribution to a necessary change and a way of making everyone aware of the need to increase biodiversity in our cities. Biodiversity underpins ecosystem functions that are essential for human health and well-being. Growing urbanization poses a threat to both human health and biodiversity, and our mission is to outline a scenario where coexistence in sustainable habitats for all species is possible,” says Jan Christian Vestre, CEO of Vestre. 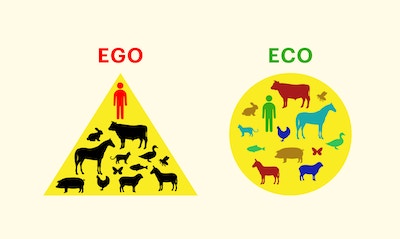 The concept and furniture design have been developed in a close partnership with René Hougaard, the designer and architect behind the design studio Arde, and Rethink Studio's design manager Alexander Qual—who had both, independently, already reached out to us with a desire to do something about this urgent issue.

“We approached Vestre with the ambition to do something about the increasing loss of pollinators and other insects. We had developed a number of concepts around insect and bee hotels that could fit into the Vestre philosophy and support the increase of insects and bees by creating habitats in urban environments.”, says designer Alexander Qual, Rethink.

“The idea to combine furniture design and biodiversity came as a natural evolution in ARDE’s work after designing a one million square meter protected nature area in Denmark. Vestre understod the idea immediately and now two years after, we are so proud to present Vestre Habitats for the first time.”, says designer René Hougaard, Arde.

“We know that responsible furniture will not save the loss of nature and biodiversity, but we are convinced that our products can play a very important role to raise awareness around the great problem humanity is facing and we hope the initiative will inspire many others to build up interest and love for the natural world from where we originate.”, they continue.

At Vestre, we have always put the user at the heart of the design and development process concerning our new furniture solutions—and designing for our tiny friends is no exception. That is why the application of research-based knowledge was key when we developed Vestre Habitats. We therefore brought in two special consultants—palaeontologist Lene Liebe Delsett and biologist Katrine Turner—to help develop the design concept. During the testing process, we were also careful to ensure that we succeeded in creating attractive and safe homes for thousands of new and diverse inhabitants: fungi, insects, bacteria, beetles and birds nesting in cavities. Everyone is welcome! 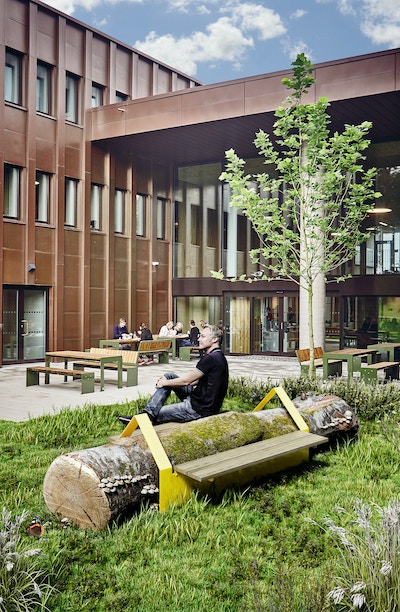 All products will be available for sale in 2022. In the meantime, you can learn more about Vestre Habitats here.