Township Commons is part of the latest redevelopment of Oakland’s historic waterfront, with views of the neighbouring city of San Francisco, located directly across the bay. 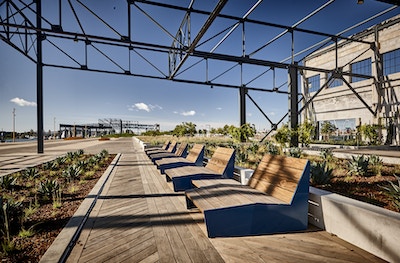 Preserving and honouring the site’s heritage

The Einwiller Kuehl team found several ways to preserve and honour the site’s heritage. Building elements like walls, part of the steel construction, trusses and the imprint of loading dock geometry were preserved in the project design. Other elements were transformed to inspire and allow for new uses—including the creation of containers for coastal, drought-tolerant plants. 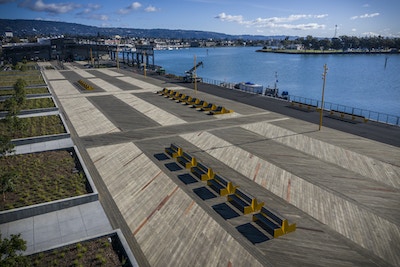 “Township Commons was designed for spatial conditions, rather than specific landscape programs, and therefore the space is open to interpretation. The freedom to interpret the spaces provides a constant parade of people to watch and join.” 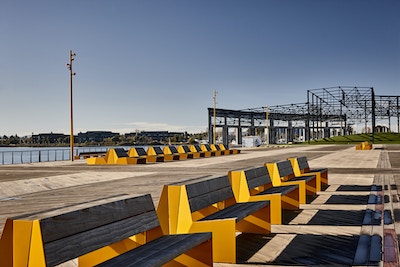 The project design is innovative, successfully mixing toddlers, teenagers and the elderly in one space without defining territories for separated or sanctioned use.

Numerous BLOC furniture pieces create human-scaled experiences within the industrial-sized space of a repurposed warehouse. The bright powder-coated colour provides wayfinding as well as a visual and playful invitation to the public to enter and enjoy the space. 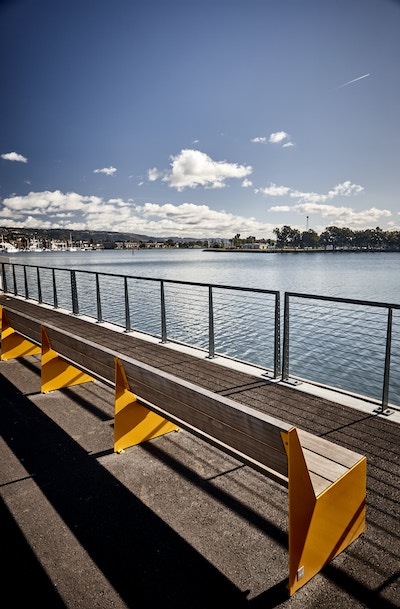 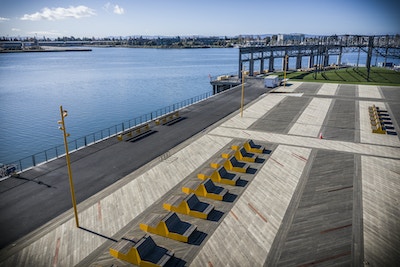 Township Commons, ASLA-NCC Honor Award, is a beautiful, highly functional and flexible landscape that has already inspired a wide range of uses by the public and created a strong identity for the Brooklyn Basin neighbourhood. 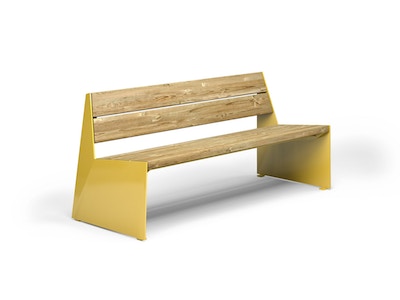 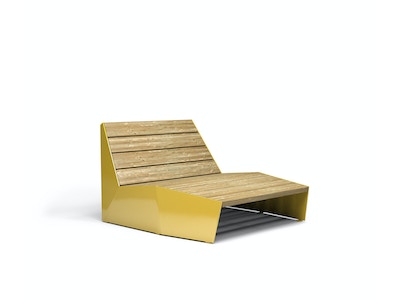 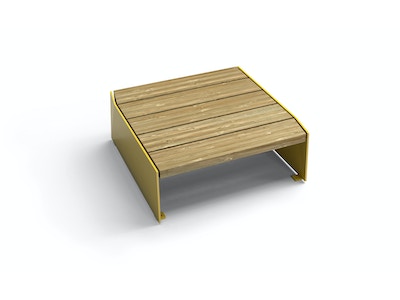 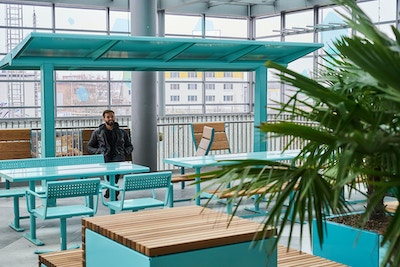