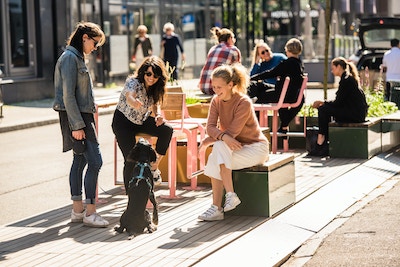 The right to roam and democratic design are key principles in Vestre’s philosophy. Our goal is to create inclusive spaces for what we call ‘everyday democracy’. Spaces where people can come together despite their differences, share thoughts and experiences, and develop ideas. When we get to know each other, we suddenly discover that there is no us and them; we are all the same. At Vestre, we believe that creating meeting places dedicated to this is the best way of preventing the polarisation of society and avoiding hostility and conflict. And it is with these democratic meeting places that we hope to change the world – one neighbourhood at a time. 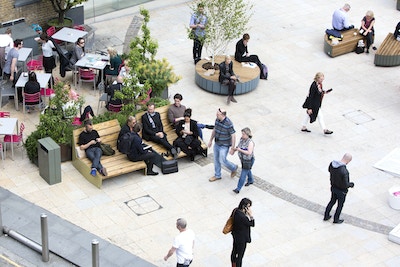 Unfortunately, we see examples of urban development that challenge the right to roam and democracy through hostile architecture and design. This means designing to purposefully control or limit certain types of behaviour. This is often targeted at people who are dependent on the public space more than others, for example homeless people.

Vestre regularly receives enquiries concerning such projects, which we consistently turn down – even though this has cost us million-pound projects. Outdoor spaces belong to everyone, and this kind of design is completely undemocratic. 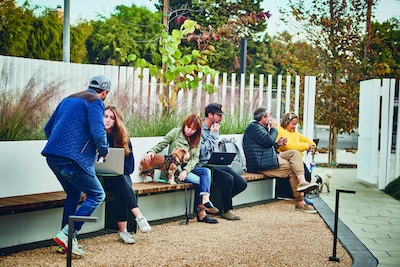 “Some may think it’s a little naive to believe that a bench can change the world, but we’ve seen it work – time and time again. This proves that everyone has the power to do something. As more and more companies realise this, a strong, global movement for change will be created,” says Jan Christian Vestre.

One example is the project Southwyck House in Brixton, London. This was originally an area characterised by social issues and crime, and it was a gathering place for unemployed young people. It was a neighbourhood where many people felt unsafe. As a temporary project in connection with London Design Week in 2016, the area was to be furnished with colourful Vestre furniture. The project was met with scepticism, and the police feared that creating such a place would exacerbate the problems and unrest in the area. The task was therefore to challenge the idea that placing furniture there would encourage antisocial behaviour, and show that, on the contrary, good design can increase the perception of safety and create well-being in the community.

After an upgrade of the area with both new furniture and plants, the area turned into a meeting place for people of all ages, passers-by and visitors to local businesses. The police’s concerns could be put to rest; there were no adverse incidents during the period that followed. The neighbourhood reported that the residents now felt prouder of their home. The furniture was later donated to the project and is still there as a permanent installation. The project is an example of how new social zones and good design can affect neighbourhoods and those who live there in a positive way. 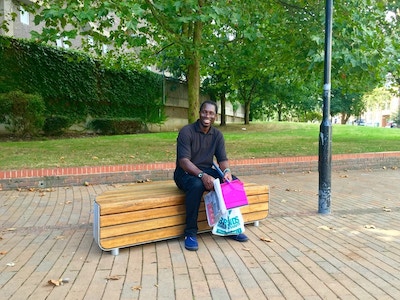 At Vestre, the principle that design must be democratic and accessible to everyone comes above all else. It controls our decisions and defines our culture and the way we do business. The story of the right to roam and inclusive design is gaining a stronger foothold beyond Scandinavia, and in recent years we have achieved an export share of nearly 65% – with deliveries to projects in more than 25 countries. And we are still growing. Through this, we are proving that doing good is also good for business.